On 9 November 1914 the German cruiser, SMS Emden, was in the process of attacking the British cable and wireless station on Direction Island (Cocos (Keeling) Islands) when the commanding officer, Karl von Müller, became aware of the enemy approaching. The staff at the station had been able to make a distress call, which was received by the allies before the station was attacked.

The cruiser HMAS Sydney, under the command of John Glossop, was ordered to attack the German cruiser. The Emden was first to fire, after several shots missing the Sydney, it was eventually hit causing some damage. However, the Sydney had the advantage over the Emden, it was faster and had greater fire range. The Sydney was able to move out of range of the Emden but still be able to strike it. The Sydney returned fire causing significant damage to the Emden. With the Emden close to being out of action, von Müller ordered his men to run the Emden aground. The Emden, with 134 killed during the battle, eventually surrendered to the Sydney waving a white flag.

Sydney’s defeat of the Emden in the Battle of Cocos was the Royal Australian Navy’s first victory and the end to the Emden’s dominance in the waters around the Cocos (Keeling) Islands.

We have two autograph letters signed 11 November and 20 November 1918 from RN Captain John CJ Glossop, the commander of HMAS Sydney. These letters were presented to us as a souvenir of the capture of the Emden. 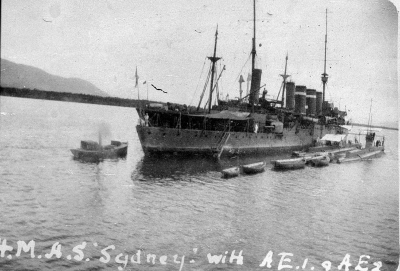 HMAS Sydney with submarines AE1 and AE2 off Cairns, Queensland. 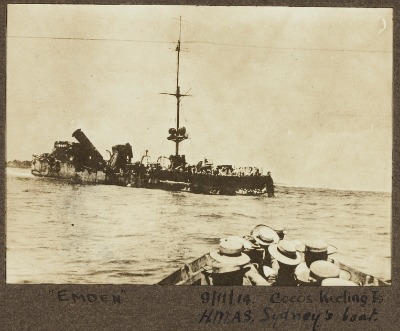 Snapshot of the Emden taken during the First World War, 1914-18 by G. Norman Roskruge, Lieutenant.

Accounts of the battle

Some of the diaries and letters in our World War I collection include eyewitness accounts of the battle between HMAS Sydney and SMS Emden.

Map of the battle 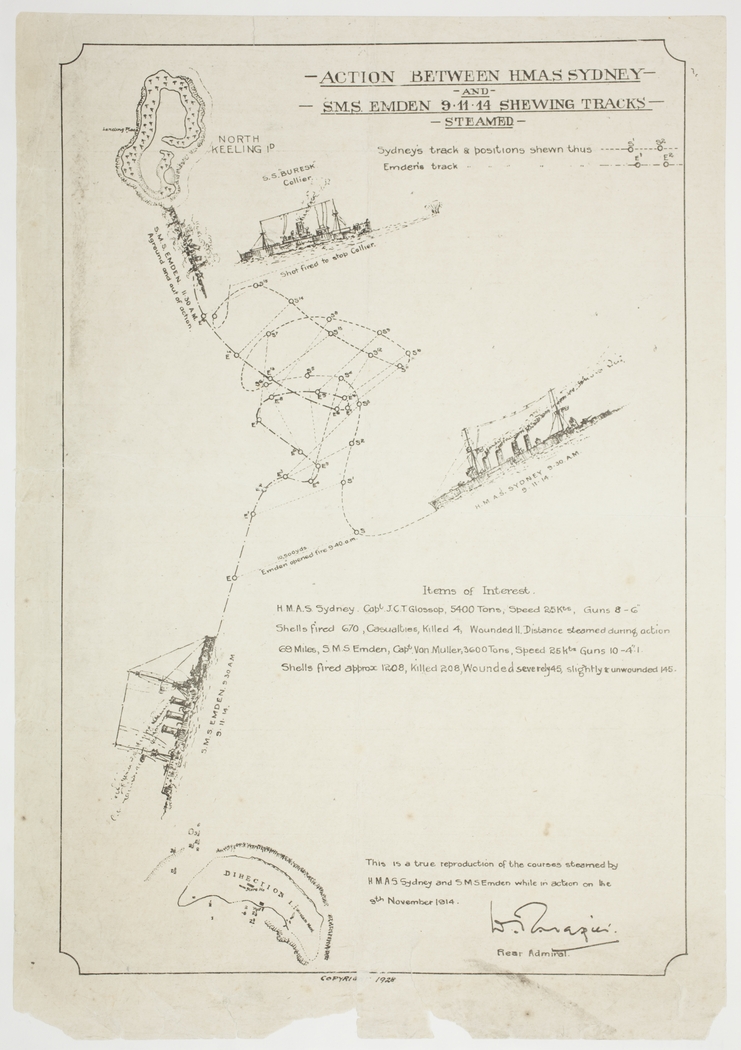 In late 1917, the HMAS Sydney was the first Australian warship to launch an aircraft and was also the first warship to do this from a rotatable platform.