The Birds of Australia

In 1838, renowned ornithologist and naturalist, John Gould made the journey from England to Australia to study and collect specimens for his new work, The Birds of Australia. 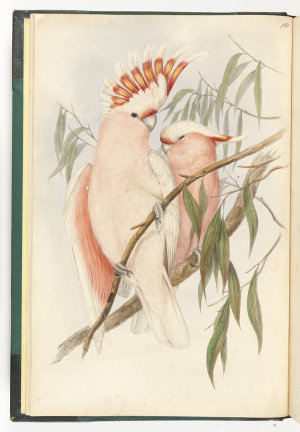 The Birds of Australia : in Seven Volumes / by John Gould. Published by the Author, 1848.

The Birds of America

John James Audubon's The Birds of America contains over 435 illustrations of birds from North America. It was originally published  in 87 parts between 1827 and 1838. Each illustration was drawn to size and hand-coloured.

The Birds of America is considered the finest work of North America’s birds and natural history and is also regarded as the world's most expensive book to have been published.

Some sets were incomplete due to wavering subscription commitment and others were broken up and sold as individual plates. Some were also destroyed by fire, flood or war. Today, there are 120 known copies with a few sets’ locations not known.

After the Australian Museum passed up the opportunity to buy the expensive item, the Public Library of NSW purchased The Birds of America from the London dealer Henry Sotheran in 1885. It's thought that this set may have belonged to the naturalist John Gould. 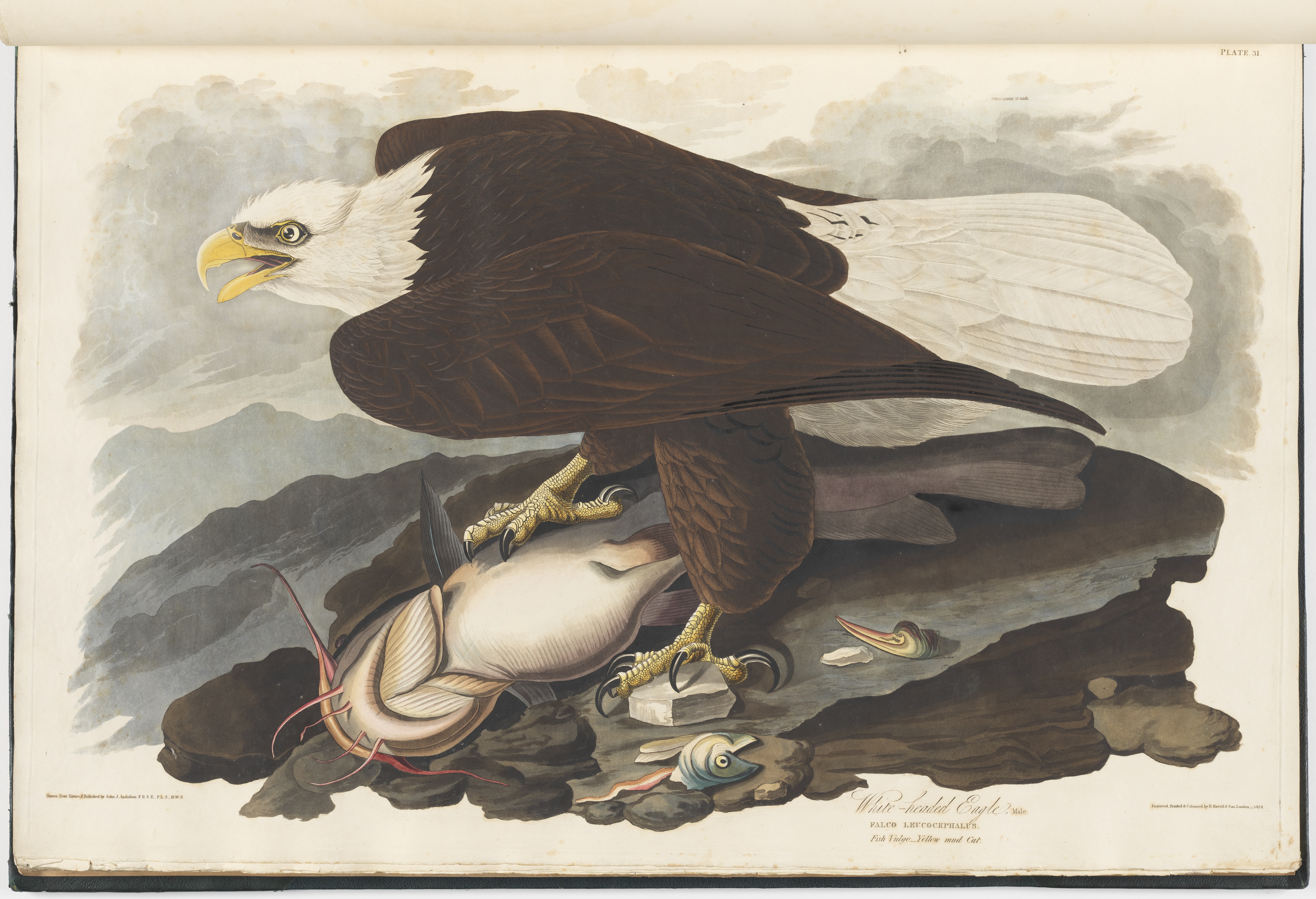 Birds of New Holland with their natural history

John William Lewin had travelled to Australia as he wanted to paint and publish Australia’s wild curiosities ‘on the spot, and not from dry specimens, or notes still more abstruse’.

He began preparing the book in 1803 and by 1806 he had completed the 18 plates. Lewin sent the plates to England to be professionally coloured and for text to be written by experienced naturalists.

Most copies of the book were made for Sydney subscribers. It is uncertain as to what happened but the copies never made it to Sydney. It’s believed the books were likely damaged during the voyage. Six copies had been kept in England for subscribers.

Only six copies are known to exist. The Library is lucky to have one of the six within its collections.

Birds of New South Wales with their natural history

A few years after Birds of New Holland, Lewin produced a new version titled Birds of New South Wales. It consisted of 18 plates with accompanying descriptions.

None of the books are identical as Lewin created the books using spare or discarded prints from Birds of New Holland. Lewin also authored the text rather than having experienced naturalists. Lewin’s inexperience with ‘writing science’ is shown in the text.

Birds of New South Wales was printed in 1813 by the government printer, George Howe. This was the first time an illustrated book was published in Australia.

The Library has four copies of the 13 copies known to have survived. You can view select pages from two copies online.

The mammals of Australia

The mammals of Australia contains over 180 hand painted illustrations by John Gould and Henry Constantine Richter. The three volume set was published in 13 parts in folio format between 1845 and 1863.

In the preface, Gould wrote:

"It was not until I arrived in the country, and found myself surrounded by objects as strange as if I had been transported to another planet, that I conceived the idea of devoting a portion of my attention to the mammalian class of its extraordinary fauna."

The introduction, An introduction to the mammals of Australia, was published in octavo format in 1863.

The Library’s collections include three copies of The mammals of Australia. One copy belonged to a collection used by Sir Henry Parkes and another was bound with 4 extra plates from Gould’s A monograph of the Macropodidæ. 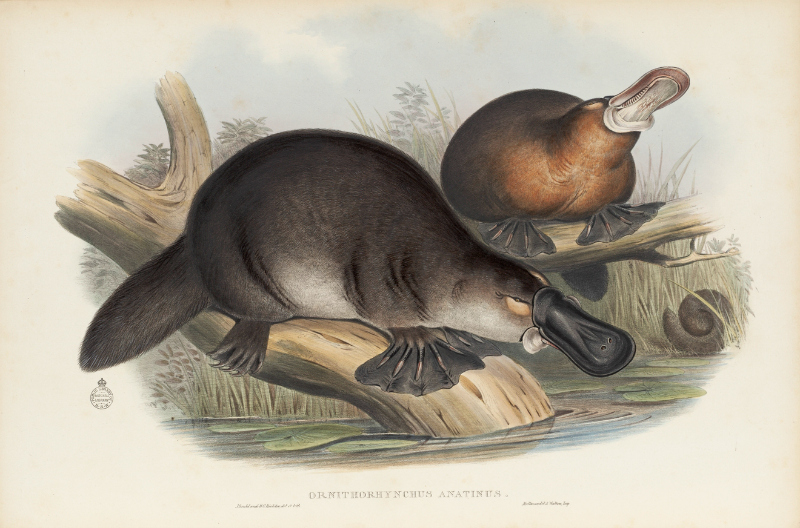 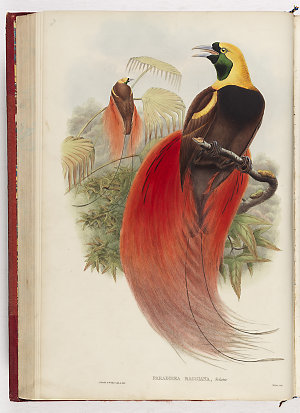 The Birds of New Guinea and the Adjacent Papuan Islands, Including Any New Species That May Be Hereafter Discovered in Australia, of Which It May Be Considered a Continuation / by John Gould. Published by the Author, 1875. 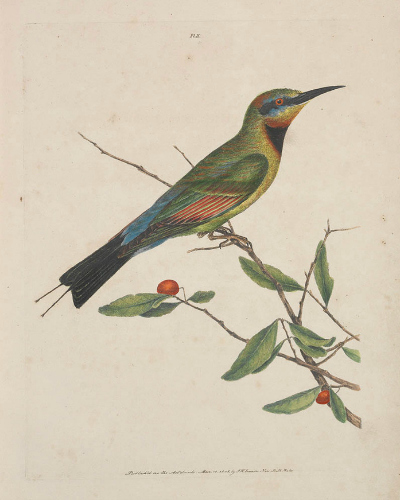 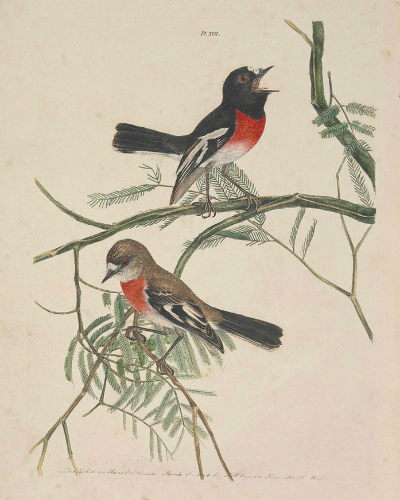 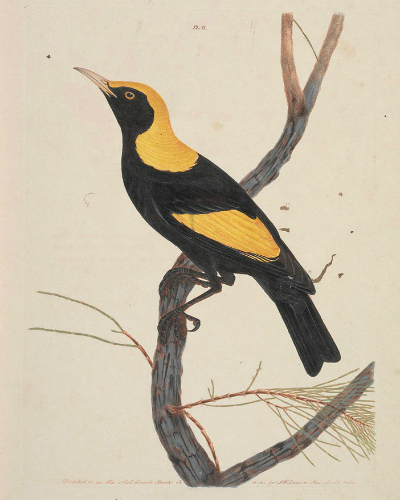 Birds of New Holland with Their Natural History / Collected, Engraved and Faithfully Painted after Nature by John William Lewin. Printed for the Author and Published by J. White and S. Bagster, the Letter-Press by T. Bensley, 1808. 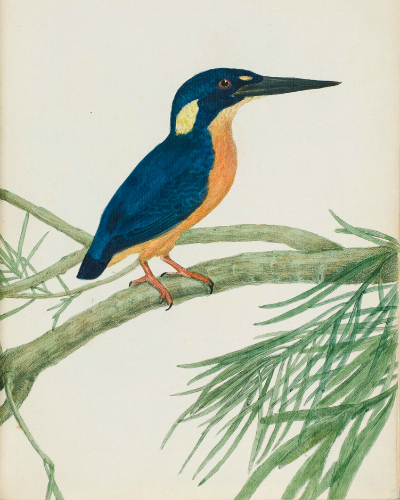 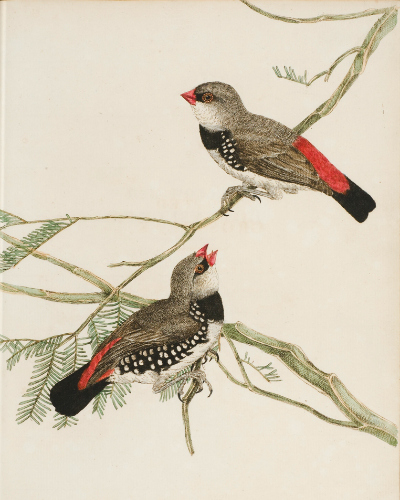 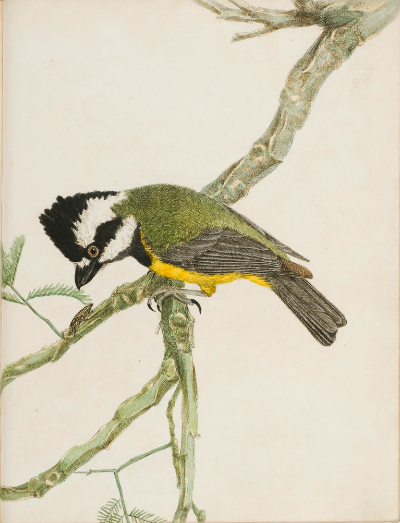 You can subscribe to RSS feeds to view recent acquisitions.

Or you can read about significant material recently added to the collection on our Acquisitions blog.