While the men were fighting overseas women were expected to keep things going at home.

Women were also actively encouraged to support the war effort by joining voluntary organisations to raise money for the war and to provide comforts for the troops.

We have a number of the papers from these organisations, along with personal papers of individuals who were involved with the organisations. 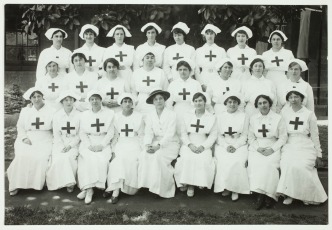 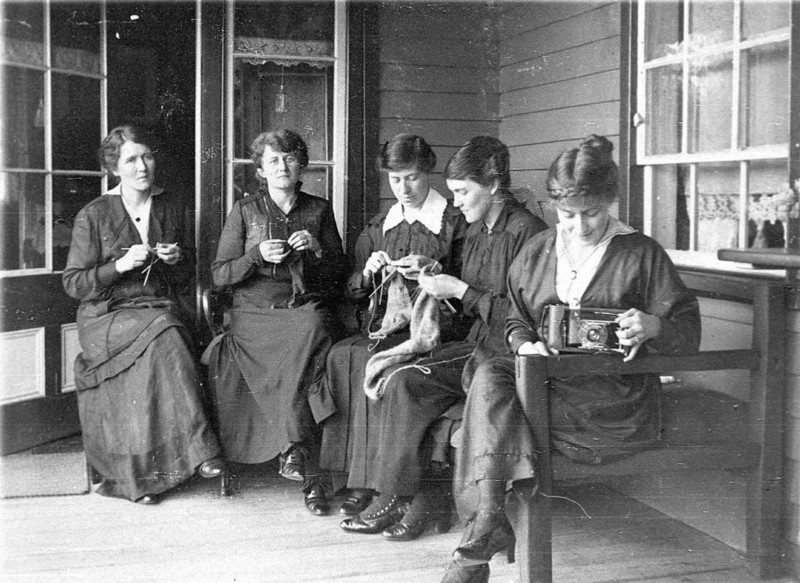 "'A souvenir of today at Cudgewa 25.10.16.' It looks something like a Red Cross meeting, but it's just the normal state of patriotic girls during the Great War." Cudgewa, Victoria
Digital order number: bcp_00874

After the war, the government launched 'Peace Loan' campaigns to recover the cost of the war and to fund soldier pensions. Peace loans were similar to war loans where people lent money to the government and received interest.

We have digitised a range of posters in our collection that were produced throughout the war to promote the war and peace loans programs.

Knit one purl one

All over Australia individuals and organisations played their part in supporting the war by knitting everything from socks to balaclavas as comforts for the troops. These were sent along with other practical items such as soap, handkerchiefs and notebooks.

Amongst our collections relating to World War I is a knitting pattern for the grey sock, to be made and sent to soldiers at the front. The pattern came to us with the papers, photographs and objects of Irene Victoria Read, a community and charity worker, who first became involved with the Australian Comforts Fund in 1915. She joined her husband in Cairo where he was a doctor with the No. 2 Australian General Hospital and was shocked by the lack of facilities for the men. She lobbied the Australian Comforts Fund to send supplies for their needs. She returned home later in the same year and became involved with the work of the Fund. 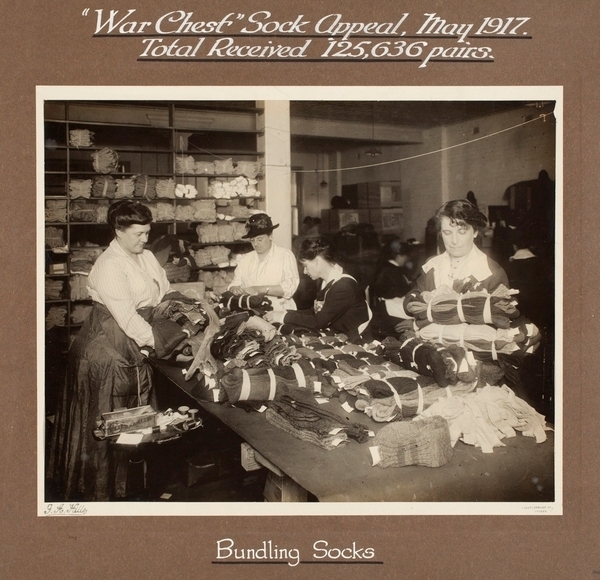 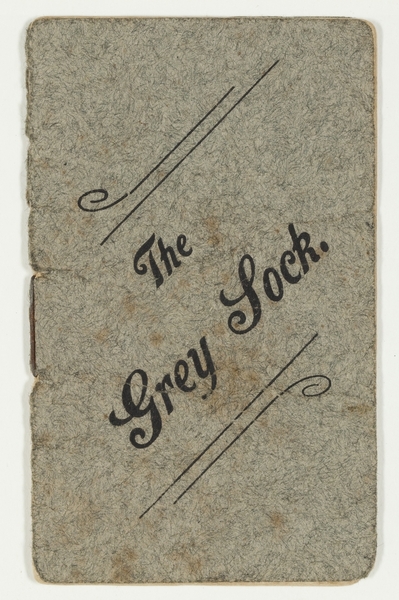 In the interests of national security thousands of men, women and children were interned in camps during World War I. 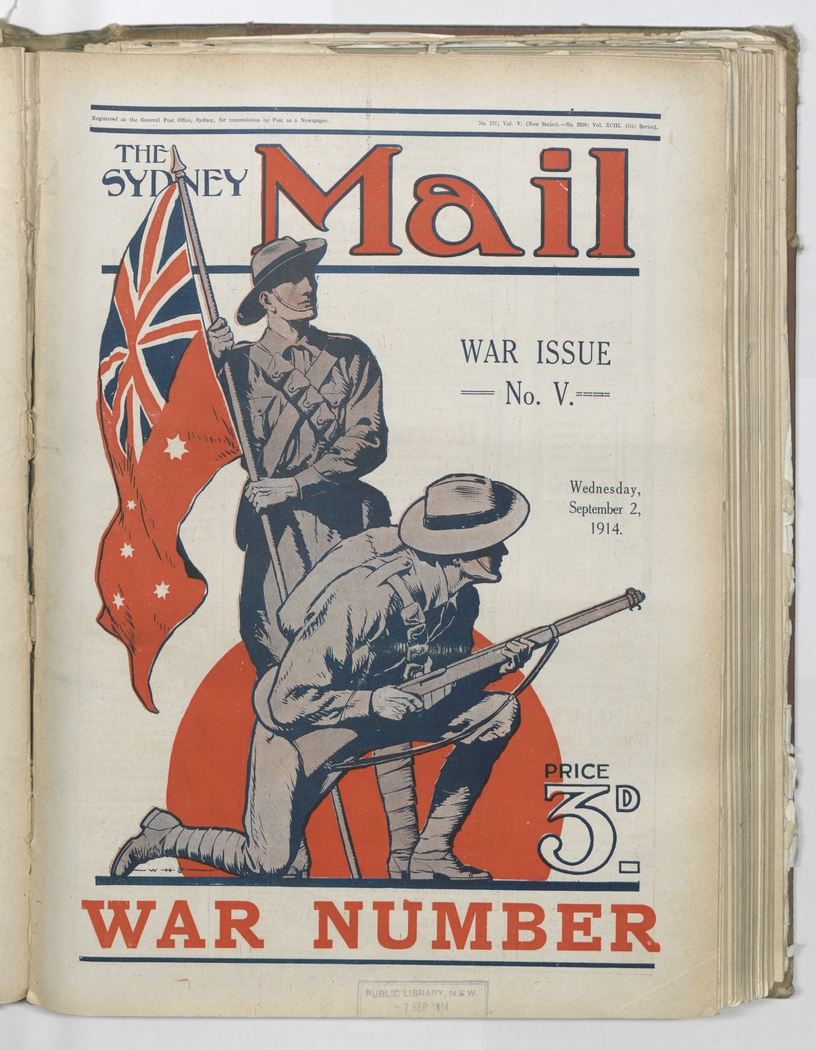 We have digitised all the front pages from the Sydney Mail for the period of the War.

You can view the front pages in the Library's catalogue or on our Pinterest board.

Fundraising for the war 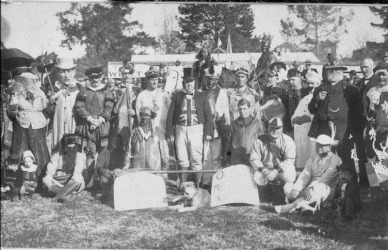 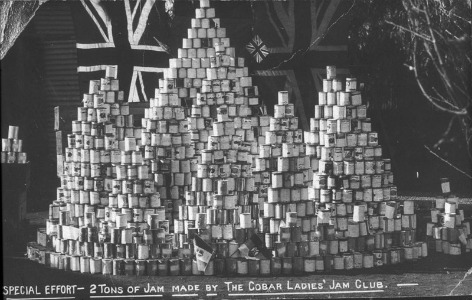 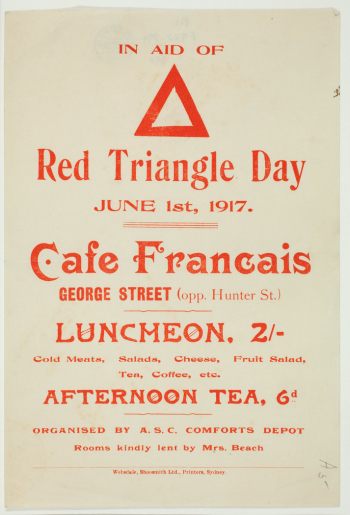 Search our catalogue to find sheet music that was produced during the war using the subject term: 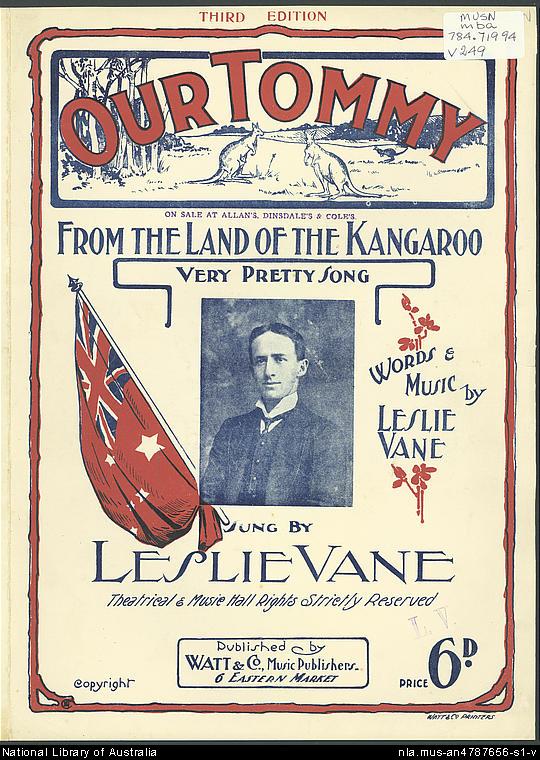 Our Tommy (from the land of the kangaroo) 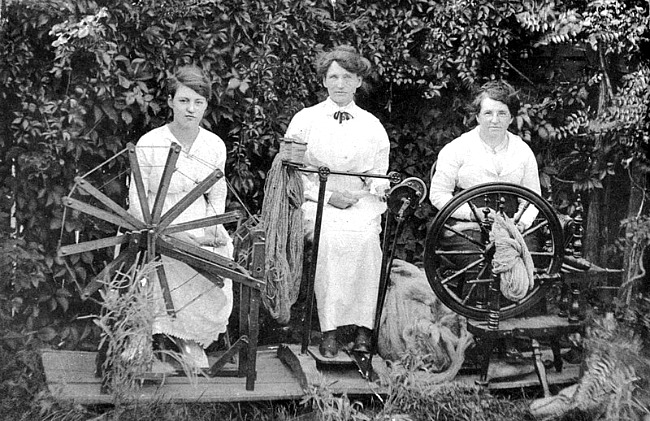