During the war almost 7000 people were interned by the Australian government in the interest of national security.

The government considered the interned as ‘enemy aliens’. Initially, the interned were men, women and children who were born in countries that were at war with Australia. As the war went on the government also interned “people of enemy nations who were naturalised British subjects, Australian-born descendants of migrants born in enemy nations and others who were thought to pose a threat to Australia's security”. Most of the people who were interned in Australia were German. The camps were located at Holsworthy near Liverpool, Berrima and Trial Bay in New South Wales and Torrens Island in South Australia. 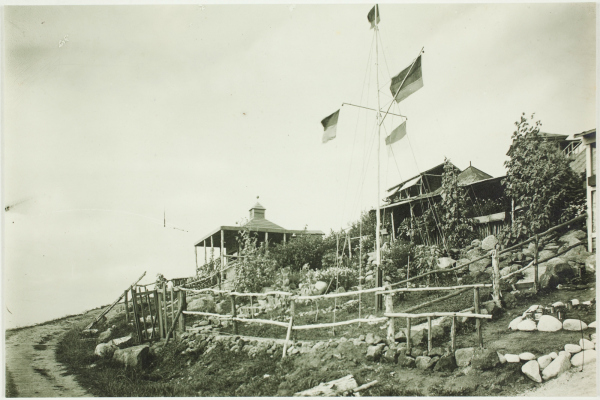 Visit us to view publications that were produced by staff and internees at the camps during the war. 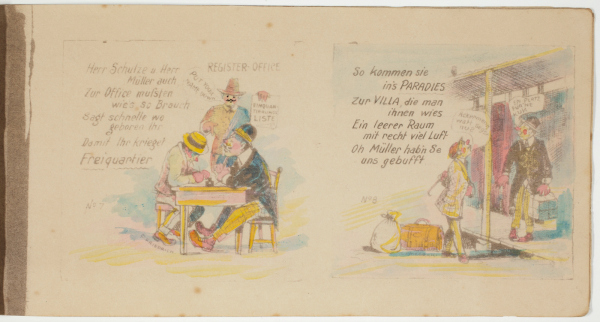 We have a significant collection of personal papers of the internees and their Australian guards. The Papers of enemy aliens interned in Australia, 1914-1919 collection contains the diaries and personal papers of internees, information on the administration and management of the camps, along with publications, drawings, concert and theatre programs produced by internees.

Visit us to view our collections of personal papers of internees as well as to read An illustrated diary of Australian internment camps.

We've digitised some of our internement camp photograph collections for you to view online. You will need to visit to view the collections we haven't yet digitised.

Life as an internee

Learn about life as an internee through our collections of photos, maps, camp newsletters and personal papers of internees.

You can view records about these camps, their development and administration at the National Archives of Australia. 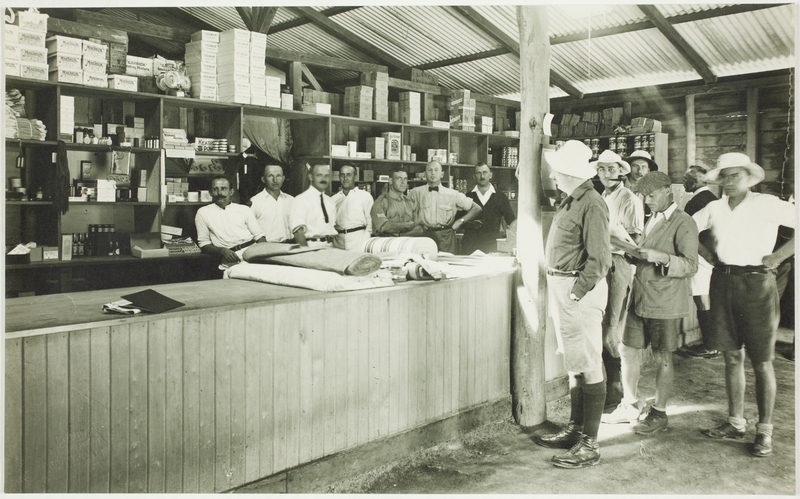