How we acquired our WWI diaries and letters

The Library began collecting the diaries and letters of soldiers who served in World War I soon after the Armistice was declared in November 1918.

The Principal Librarian, William Ifould, recognised the significance of soldier's personal diaries and letters as important sources for generations of Australian students and researchers.

The European War Collecting Project (also known as the Soldiers' Diaries Collection or War Diaries Collection) was the name of the appeal launched by the Library in December 1918. Advertisements were placed in newspapers around Australia, New Zealand and in the United Kingdom for servicemen and their families to deposit material with the Library. Ifould was particularly interested in purchasing descriptive collections which expressed the personal feelings of the men, their experiences in battle and their observations of the conflict.

Throughout 1919 and into the 1920s material such as diaries, letters, photographs, maps, artwork and printed material came into the Library so that we now have a large collection which tells not only the stories of soldiers, but also of nurses who served, along with material about the home front in Australia during the war. 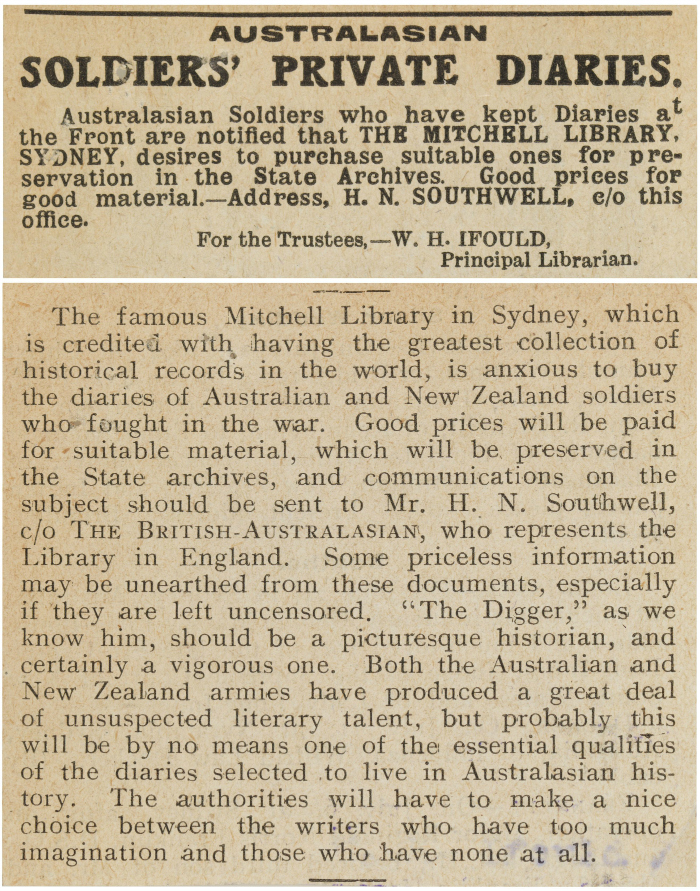 Advertisement in the British Australasian, August 1919