Many of the hand-drawn maps we have were donated to us along with soldiers diaries. We also have printed maps that appeared as newspaper supplements or were published by the Australian government, the British War Office and Australian commercial publishers such as HEC Robinson. Some of the maps show the contour lines and topography of the Gallipoli peninsula and the locations of Turkish and ANZAC trench lines.

A selection of maps of the Gallipoli peninsula from our collection:

Search our catalogue to find more maps using the term 'cartographic' in your search. For example if you're looking for maps of Gallipoli, use keywords: Gallipoli cartographic. 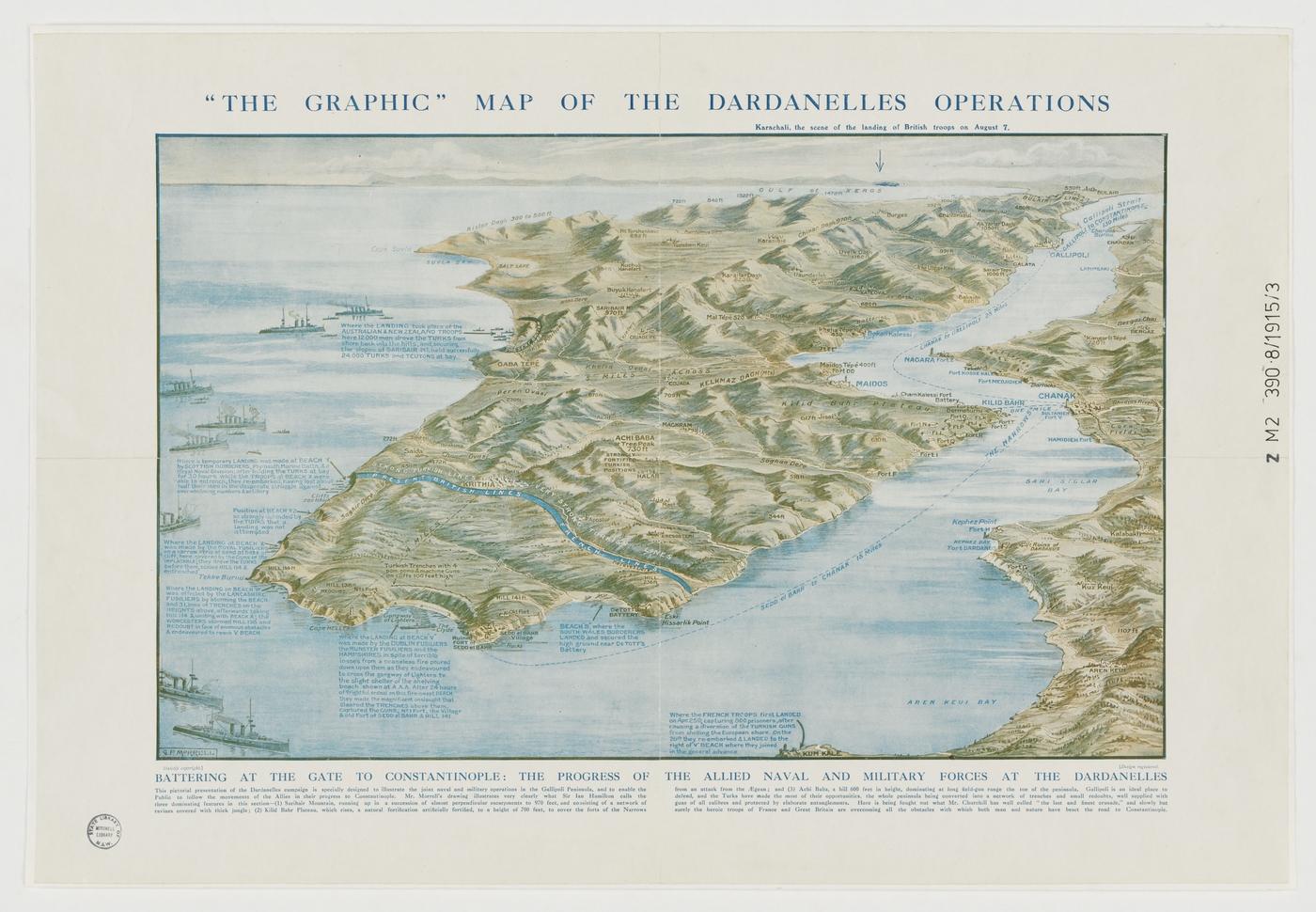 Graphic map of the Dardanelles