In many cases, diarists kept more than one volume of their writings. Most of the diaries measure around 9.5 cm x 15 cm in size, small enough to fit into a top pocket. Some diaries are hard to read, with tiny script. Some are very clear and could have been written yesterday. Many have next of kin details written on the first page.

Additional material is stored with the diaries. George McClintock’s diary includes a fragile pressed poppy. Alfred Morris’ includes his own set of diaries, as well as a diary taken from a Turkish officer at the Gallipoli Peninsula, along with his copy of the Koran.

Some of the diaries are by well-known men of the time. Noted photographer, Frank Hurley, fresh from his Antarctic adventures, travelled to France and Palestine in 1917–18 to photograph scenes of war. His diary contains vivid descriptions of trench warfare and his work of creating composite photographs, a controversial technique, much criticised by the Official War Historian, CEW Bean.

Other noted diarists are Charles Laseron, who in 1911 joined the Australasian Antarctic Expedition under Sir Douglas Mawson, as general scientific assistant. In 1914 he joined the AIF and survived the war, being wounded and repatriated in 1916. Sir Charles Rosenthal, with his 3 volume set of diaries, provides an officer’s insight into war. A much decorated war hero, he ended the war a Major-General. 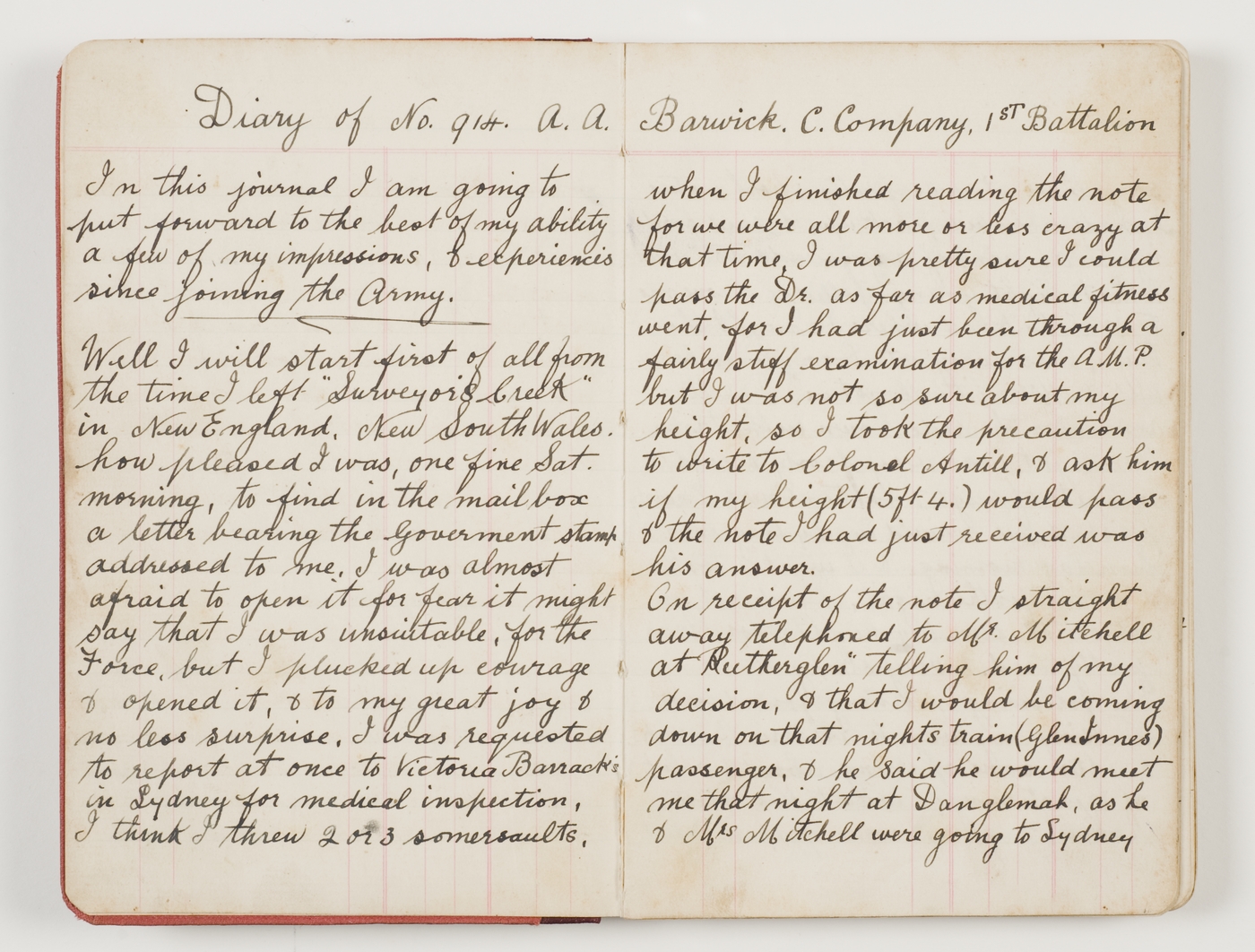 Digitising the diaries and letters

We are progressively digitising the Library's World War I collections. If there are no digitised images on the catalogue record, you may need to visit the Library to view the material.

Search the Library's catalogue under Manuscripts to find diaries and letters.

Search by the name of the service person and use the terms: