Each Australian state government realised the importance of providing a source of income for returning soldiers as well as to recognise the personal and family sacrifices made by them. 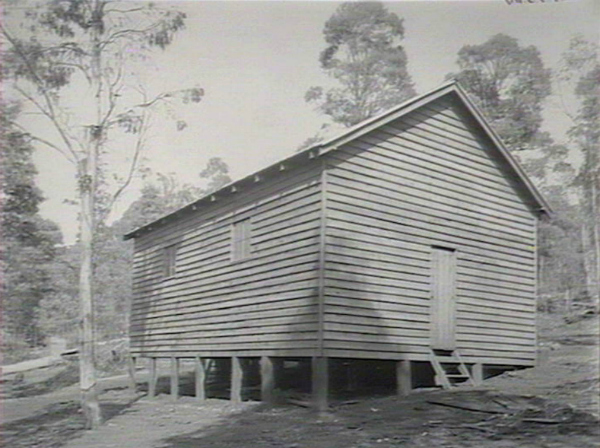 The New South Wales government introduced the Returned Soldiers Settlement Act in 1916. Soldiers were eligible to apply for Crown Lands if they had served overseas with the Australian Imperial Forces or with the British Defence Service. The soldiers also needed to have been honourably discharged to be eligible.

The land was available to the soldiers on affordable terms and they could also receive advances of money to make improvements to the land, which was often in poor condition. They could also use the money for equipment, plants, stock and seeds. Soldiers who had received smaller blocks of land often experienced significant hardships.

The Returned Soldiers Settlement Act 1916 was amended in 1917 to allow other soldiers such as those who did not serve overseas to be eligible to apply for Crown Lands.

Barracks at Batlow used by soldiers 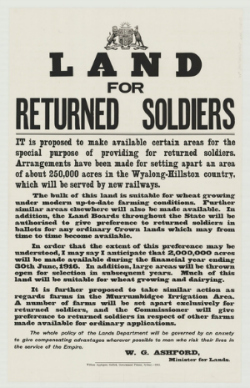 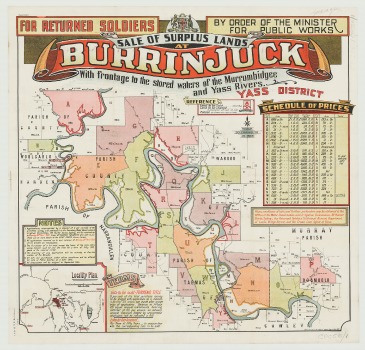 Sale of surplus lands Burrinjuck with frontage to the stored waters of the Murrumbidgee and Yass Rivers, Yass District 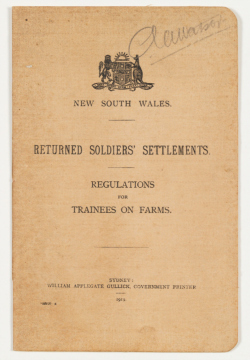