During the war mapping the battlefields and strategic positions became more sophisticated as aerial surveillance and survey work were introduced.

The Ordnance Survey in Britain produced base maps to send to the Field Survey Companies that were near the front. The Field Survey Companies would print "trenches and tactical information such as the location of machine guns, trench mortars and barbed wire" onto the maps to be distributed to the units on the front line. As trench and tactical information were always changing, units on the front line needed to be updated quickly of the changes. Base maps made this possible as well as they could be reused. Specialty maps were created for most functions such as situation maps, positions maps, enemy organisation maps, enemy order of battle maps and hostile battery maps. 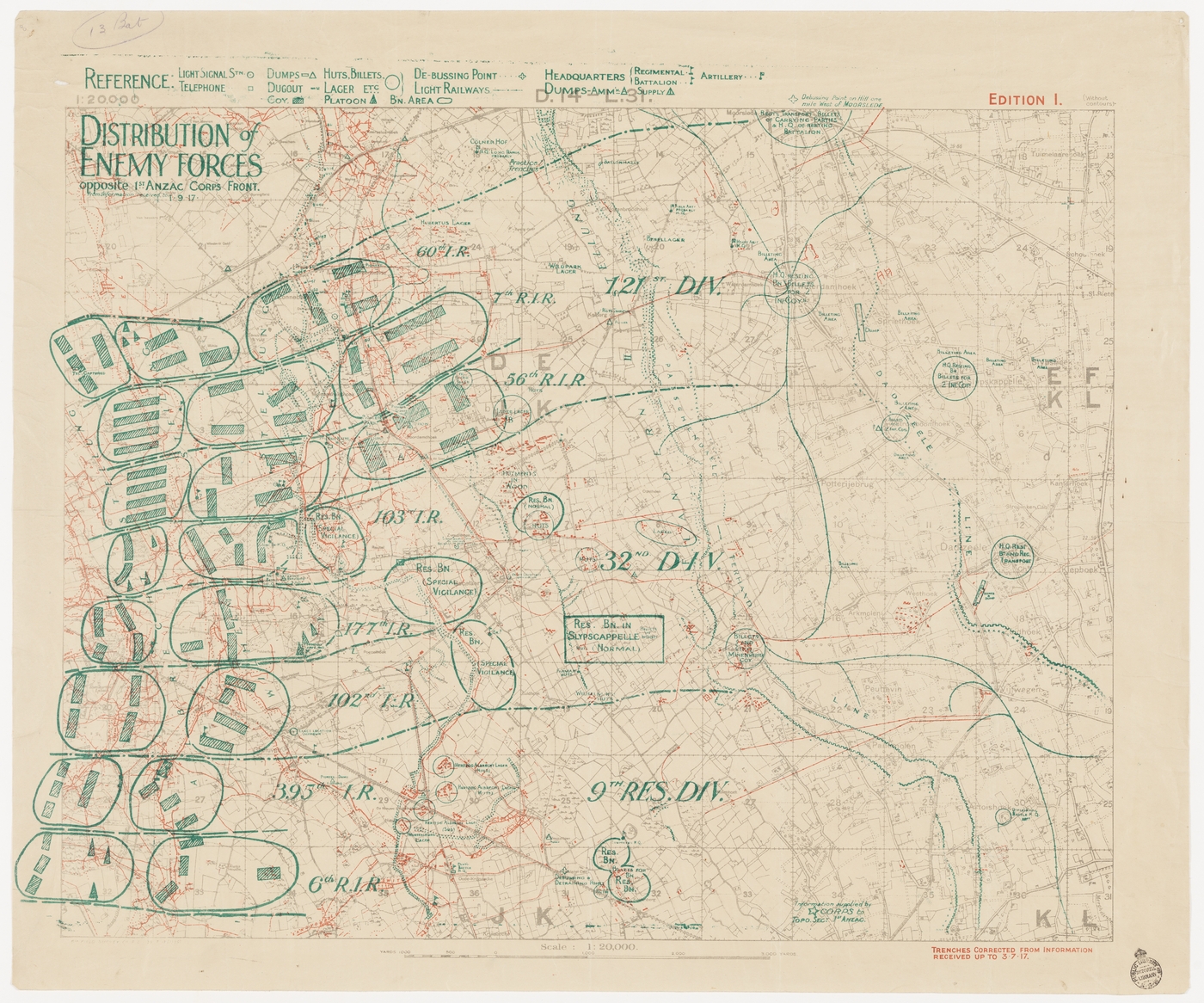 Reference
“The Topography of Golgotha”: Mapping the Trenches of the First World War.

Positions maps show all enemy battery positions located by aerial photography. Some examples from our collection:

These maps (1:10,000) were developed after the Battle of the Somme, covering 10 to 15 miles of the Western Front. Some examples from our collection:

These maps (1:20,000) show the assumed identity of enemy units and their placement opposite Allied units. Some examples from our collection:

Aerial photography was one of the technological innovations to come out of World War I. Unlike observation balloons, aeroplanes could provide a vertical and therefore three dimensional, 360 degree view of enemy territory. Aerial photographs were compiled into photo-mosaics which would then be used to form base maps.

We have a small collection of aerial photographs taken of various segments of the Western Front such as: 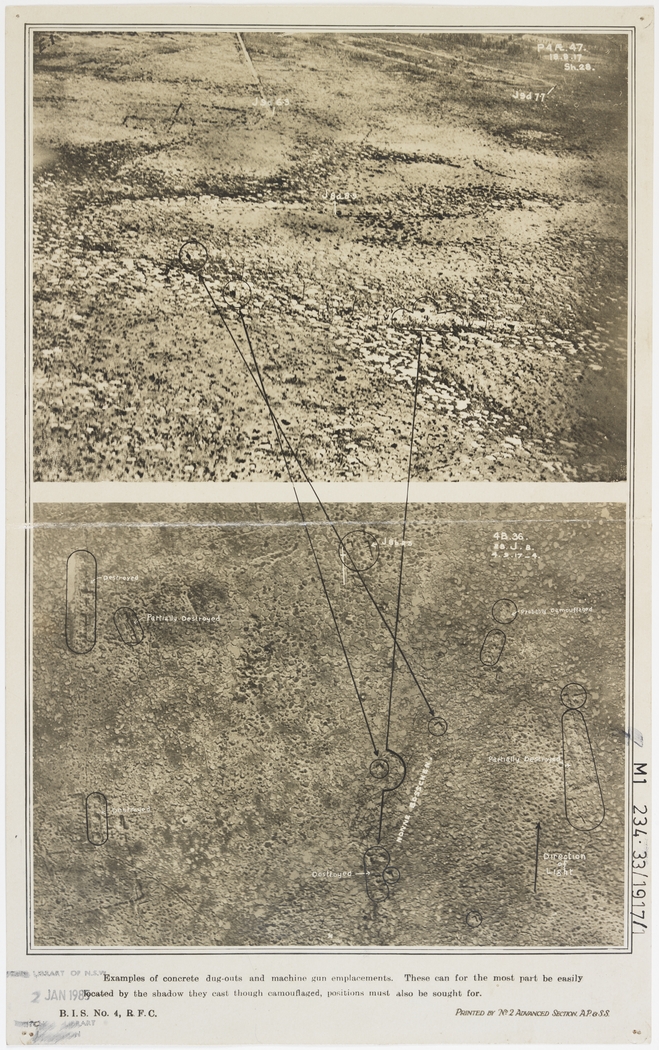 Search the Library's catalogue to find maps of the Western Front using the battle field location and the keyword 'cartographic'. For example, Ypres cartographic.