At the beginning of the war recruitment numbers were so high that men had to be turned away by recruitment officers.

However the number of recruits declined as the war went on and as the casualty rates continued to increase. By 1916 there was a shortage of men volunteering to enlist.

After Prime Minister Andrew Fisher resigned on 27 October 1915 the Deputy Prime Minister William Morris Hughes was elected by the Labor caucus as Fisher’s replacement. Hughes was a strong supporter of compulsory war service (conscription). However under the Defence Act 1903 the government could not send conscripts overseas – they could only fight on Australian soil.

Voluntary enlistment numbers continued to fall which meant the government was not able to provide the men needed by Britain. Hughes called for another referendum on conscription to hopefully solve this problem. The campaign was even more heated than the first. On 20 December 1917 the referendum was defeated again, this time with a slightly larger majority.

The issue of conscription was not revisited again during the war. Australia and South Africa were the only countries that did not introduce conscription.

Posters were used as a powerful tool to encourage men to help the war effort by enlisting.

We've digitised the posters from our collection so you can view them online.

We've digitised some of our ephemera on recruitment for World War I which includes general propaganda in favour of the war and against Germany such as:

Visit us to learn about the Gilgandra Coo-ee Recruitment March, New South Wales in 1915 from the personal papers of Alex Halden (Joe) Miller which include correspondence and scrapbooks.

Leaflets, newscuttings and pamphlets on the conscription debate

Visit us to view these collections detailing the conscription debate.

Visit us to read these personal papers to find out more about the anti-conscription viewpoint.

You can see some of the Library's recruitment posters in our new Digital Collections Viewer. 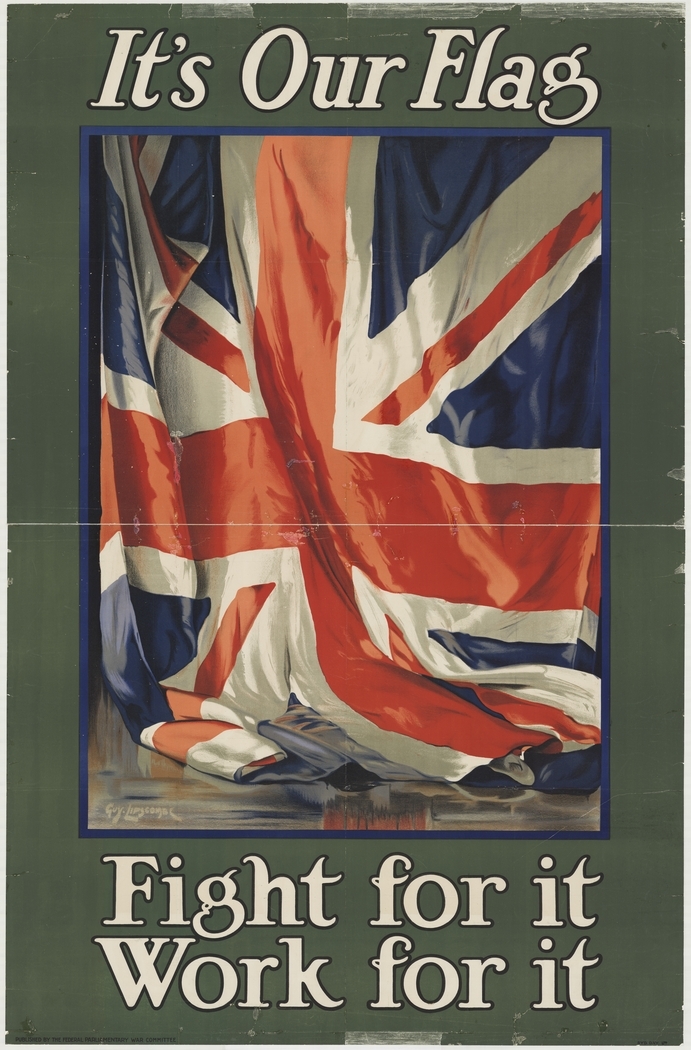 British recruitment poster - It's our flag: Fight for it, work for it / Guy Lipscombe

Trove includes major Australian metropolitan and regional newspapers. You can search by keyword across all newspapers or narrow your search to a specific newspaper.

View a list of the newspapers available on Trove. 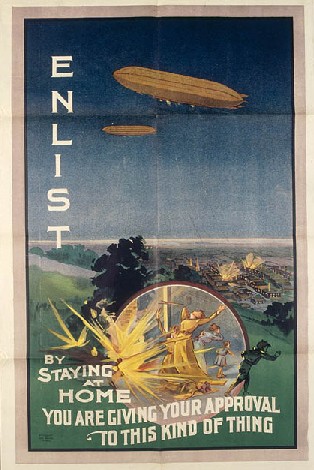 Newspapers were printed on troopships and in the trenches. The newspapers included poetry, jokes, news from home, artwork and songs.

We have some of the newspapers in our collection including: