The term ‘periodicals’ refers to published material such as newspapers, magazines, journals, newsletters and annual reports. It describes any publication that is released periodically.

As a legal deposit library, the State Library of NSW collects any newspaper or magazine published in New South Wales, as well as important publications from around Australia and the rest of the world.

Most of our newspapers are available on microfilm at the Library and can be requested at a service desk. Before you visit, check Trove’s list of digitised newspapers and magazines and journals to see if the newspaper you wish to view has been digitised and made available online.

Sporting news has been reported in Australian newspapers since the earliest days of the colony, with reports of whale boat racing appearing in The Sydney Gazette as far back as August 1805. The sports section as we know it today, however, is a far more recent phenomenon, not becoming commonplace in newspapers around the world until the late 19th century.

One of the earliest examples of a sporting section in an Australian newspaper can be found in The Sydney Mail and New South Wales Advertiser, which in 1871 incorporated the Bell’s Life in Sydney and Sporting Chronicle to include a multi-page section of sports news.

The first issue, published on 4 March 1871, previews an upcoming intercolonial cricket match between New South Wales and Victoria. Included in the NSW team were Australia’s first Test captain, David William Gregory, and a 20-year-old opening batsman named Charles Bannerman, who would later go on to face the first ball, score the first run, and post the first century in the history of Test cricket.

By the 1830s, with the first issue of Hill’s Life in New South Wales, Australia’s sporting obsession had grown to the point of demanding its own publications. Subsequent decades saw the publication of titles such as The Sporting Times (first published in 1848), Bell’s Life in Sydney and Sporting Chronicle (1860) and The Referee (1886), which for the next 53 years became a staple of any Sydney sporting enthusiast’s media diet, covering a range of sports and featuring writers such as John Corbett Davis (see panel at right).

Into the 20th century, the rise of specialist magazines saw a huge influx of sporting magazines. Some were short-lived, others more successful, but the Library’s collection includes periodicals of sports both popular and obscure. Whether you are interested in table tennis, croquet, paintball or roller skating, there is a good chance you will find something in the Library catalogue.

Other types of periodical

Periodicals refers to much more than just newspapers and magazines. A search through our Journals & Magazines may include any of the following items:
•    academic journals
•    annuals & almanacs
•    newsletters
•    annual reports
•    meeting minutes

Search the catalogue to find the periodical you are looking for. In some cases the Library does not hold a complete set, so be sure to check the catalogue record for information on dates available. In this example, for the basketball magazine One on One, under ‘How to Access this item’ there is a sub-heading titled ‘We hold’ which lists our holdings as Vol. 5, No. 3 – vol. 8, no. 6:

This catalogue record also shows that the magazine is held offsite, so it is always important to check before coming into the Library.

Some periodicals can be requested online by selecting ‘Show item details’ and choosing the volume you would like to look at. If this option is not available, you will need to place a request with Library staff — either in person at a service desk, via telephone or, for an advance request, by completing an Ask a Librarian form.

For NSW residents, a State Library of NSW membership gives you access to millions of ebooks, articles and other online resources. For articles on specific sports or events, in many cases your catalogue search will retrieve thousands of relevant results, as in this search relating to the 2021 efforts to establish a European Super League of soccer: 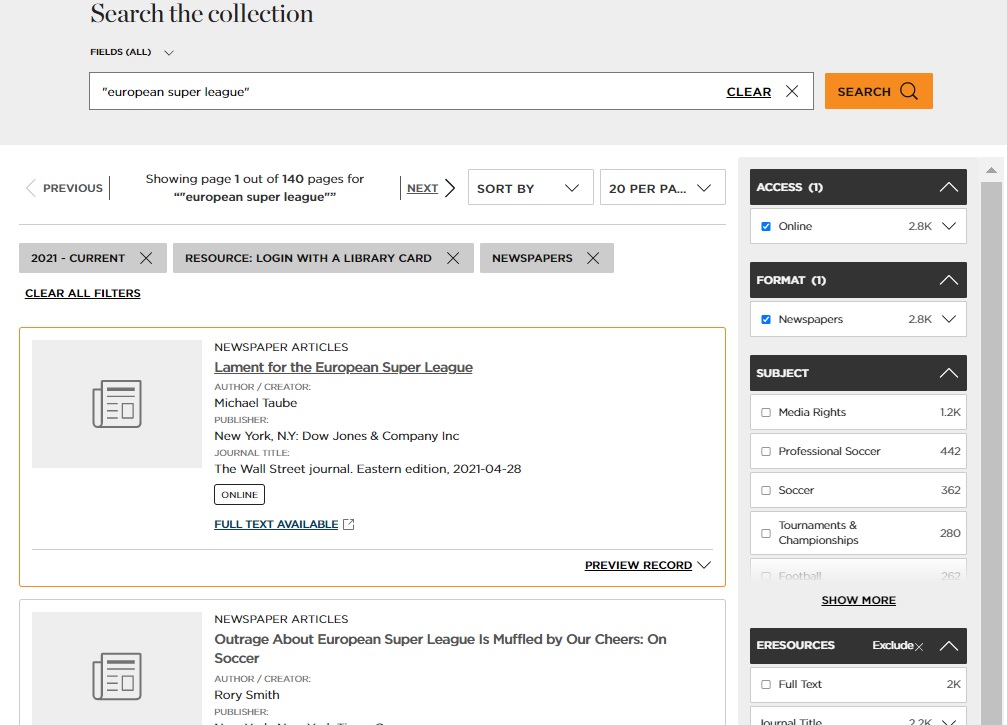 In other cases, the best strategy is to go to the Library’s eResources page and log into a specific database. For more information on accessing periodicals online, go to the Online Resources page of this research guide.

Collection highlight: The Davis sporting collections No.1 & No.2 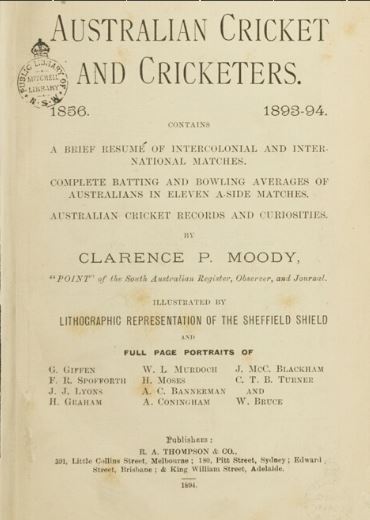 JC (John Corbett) Davis was a prolific Sydney-based sports journalist of the early 20th century. He covered a variety of sports and used a number of synonyms, chiefly ‘Not Out’ (for cricket writing) and ‘The Cynic’ (Rugby League and union).

The two collections combine to form one of the most significant personal collections of sport material in Australia, comprising over 250 boxes. Items within the boxes are catalogued individually, but issued in Special Collections as a whole box. 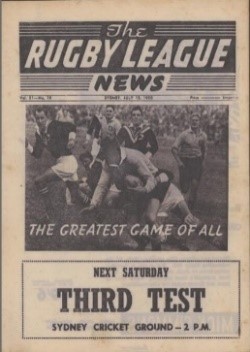 The State Library of NSW collection of Rugby League News (1920-1973) has been digitised and made available on Trove.

Containing team lists, player profiles as well as news from the NSW competition and Rugby League around the world, Rugby League News is a foundational resource for The Greatest Game Of All.